Hi! My name’s Cody Booth; I’m a Kendama player currently based in Minneapolis, Minnesota. This past February marks my fifth Kendama anniversary of my very first day playing (yes, I put it in my calendar).

The start of my Kendama journey begins much as many others have; I got one from my local Target. I went there originally to buy spare decks of playing cards, having a background in being a magician, but was completely enthralled with my discovery of a Kendama on the shelf. Seeing as this was five years ago, it was a couple of years before you could get a Sweets from Target, but I was intrigued nonetheless. I bought it and immediately went home to try it.

After about an hour of trying, I landed my first big cup, which fueled a desire to land the ball in the other cups. The spike, however, eluded me. No matter how hard I tried, landing it on the spike just felt like a fluke, just straight luck. I had to know more, so I pulled up YouTube and looked up what this toy was called. I was lucky enough to keep my jaw off the floor; when I pulled up videos on what you can REALLY accomplish, I was absolutely blown away. I couldn’t believe my eyes at the possibilities that could be created.

Given that I’m the type of person who will go completely down the rabbit hole, I completely diverted my free time to learning more about Kendama, playing Kendama, and planning the purchase of my next one. It didn’t take long for me to find out that at the time, JKA kendamas were still considered by kendama purists to be the absolute best in the game, that if you could land a trick on a JKA kendama, you could land it on anything (there’s still some truth in that!). Not only that, but 2015-16 was an era of kendama history where sticky paint on the Tama was starting to grow in popularity. A “Dat Purp” Roots Painted JKA Ozora Kendama called my name, and I think I ordered it the very same day!

I started learning more about the different brands out there, all the different styles of play, and that there was a community of people who, just like me, really enjoyed playing with this thing. I gravitated towards kendama heavily for this last reason; I never was able to fully integrate with other magicians in a community, so this aspect of kendama really satiated a need for companionship that I was yearning for. Part of why I became a magician was for the joy of it; I wanted to do something with my life I really enjoyed; Kendama seemed to fit the bill perfectly.

Spring quickly turned to Summer, and my newfound hobby brought me outdoors more than I had been in years. Magicians can be very closeted, we love sitting in rooms by ourselves with dusty old books and our computers nearby, doing research on magic tricks and practicing our craft so that when we emerge from our cave, we can show off the fruits of our labor. This type of lifestyle didn’t do much for my health and coupled with my easy desk jobs, I weighed in at roughly 280 pounds (about 127 kg). It certainly wasn’t the heaviest I’d ever been, having a long history of being overweight, but it was the last time I’ve been that size since starting kendama.

I started going outside a lot more often to film my new tricks, the heat and sun beating down on me all the while. I generally feel warm most of the time, so naturally, I was sweating profusely on a very regular basis. Over the course of my first year of playing and making other minor changes to my lifestyle, I managed to work off 50 pounds, without a doubt the largest achievement of my weight loss journey so far. (As of this writing, I’m now down 60 lbs. total!)

The Summer of 2017 brought my very first Kendama Event. When Covid-19 was not ravaging our society, Chad Covington, Co-Founder of Sol Kendamas, ran a small event every Summer in Lexington, Kentucky, coined “Throwback Kendama Open” as the competition style consists entirely of Speed Ladders, a tip-of-the-hat to the way many Kendama Events have been historically formatted.

This was right before I was about to get married in just a few month’s time, and I was telling Chad all about how I wanted to give my Groomsmen incredible, unique gifts, rather than something ordinary, like a watch or a cup. Chad then proceeds to tell me he’d be happy to give me some kendamas for cheap since they are going to a good cause. I was so thrilled to hear it and started planning on how I could pay him since I didn’t expect to be getting gifts. The next day, upon calling Chad and asking how much he needed from me, all he said was “a hug and a high five”.

This massive act of generosity ignited a deep love for kendama and the community within myself and my wife. We started traveling to every kendama event we could on the East Coast, pretty soon, traveling more for kendama than we ever had for anything! Along the way, we’ve met so many incredible people and made some amazing memories that I’ll cherish for life.

Earlier this year, an opportunity presented itself to me, a dream. I’d been tipped off that there was a position opening at Sweets, and the qualifications were just up my alley. I jumped at the chance and applied, keeping my spirits and hopes high by telling myself they’d be foolish if they didn’t hire me. 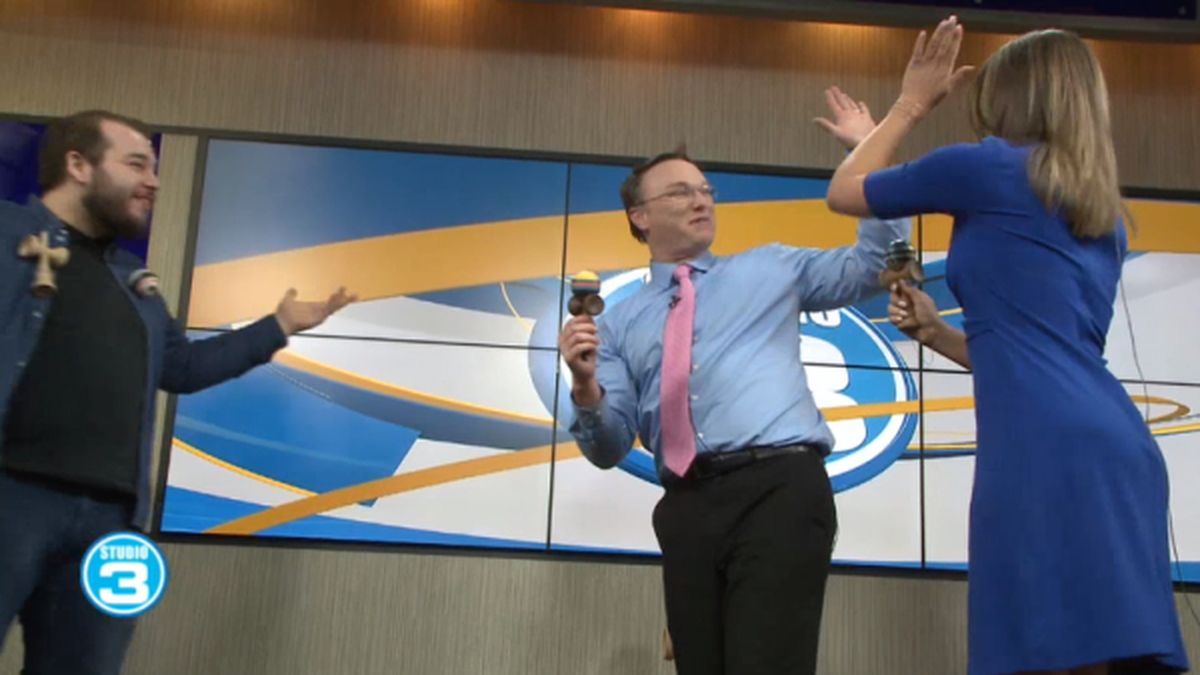 Whether that’s true or not, after two years of being an Ambassador and two nerve-wracking interviews, I secured the best job I’ve ever had, working here, for Sweets. Now, I get to help players along their journey as part of Sweets’ Customer Service, doing my best to make people just as happy as kendama has made me.

The same month of my five-year kendama anniversary also marks the beginning of a beautiful new chapter of my kendama journey as a part of the Sweets family. After years of being told that I could do anything I wanted with my life and trying my hardest to do what I loved, kendama was the only thing that ever proved that it was truly possible. I couldn’t be more excited to see what’s in store.

How has kendama impacted your life? We are looking for impactful, meaningful stories from players of all walks of life who would like to share the life-changing experiences they've gained through kendama. Fill out our Submission Form HERE with your Kendama Story for a chance to be published on our blog!

Who would you want to hear from in the future? Tell us in the comments below!