Meet the kendama; the world’s greatest boredom cure. It was developed in Japan over 100 years ago and the rest of the world is only just beginning to find its purpose. Being a BMX rider and ultimately an adrenaline junkie, something like this wouldn’t typically appear in my horizon. I prefer to stare death in the face while riding my bike. The chance of injury is what excites me and the chance to preserve video footage of an achievement in this BMX realm is the motivator. Somehow, the kendama lacks the physical risk but somehow still manages to serve my adrenaline junkie tendencies. The kendama is different than anything I’ve ever found. It has an unlimited number of tricks to try and learn. It requires no battery or energy to play outside of what you put into it. Kids love it. Parents love it. Skateboarders love it. Musicians love it. Snowboarders love it. BMX riders like myself love it too.

The kendama was originally deemed a skill toy, but I think that’s kind of a silly way to describe it. I used to call it a toy, but then realized I was accidentally hating on something I loved. Being called a toy in the graffiti world is a terrible thing and being called one in real life is even worse. I would never call my BMX bike a toy, but it’s used to have fun. Is something you use to have fun with always a toy? What if it provides more than just fun for the user’s brain? Maybe it would be better described as a tool. I’m going with a tool. The kendama is a tool used to support and enhance the progressive mind state.

In my experience, this tool makes the user a mental warrior. In the last 4 years of play, my brain has grown from thinking things are impossible to knowing I can do literally anything I want. The only thing that separates me from achieving my goals is the amount of effort and focus I put into it. I’m not the only case study either.

The Kendama Institute filmed some interviews a few years back with little 5-12 year old kendama players. They asked them questions like, “What would you do if you tried to get a job and the person who was interviewing you said no?” These little kendama slayers respond like, “Well, I would treat the situation like a kendama trick I couldn’t land. I would look at what I was doing, figure out what was wrong with it, get better at it, and go back to the person interviewing me and try again and again until I got the job.” You can’t make that S*** up. These kids are mental warriors. To my knowledge, this progressive, warrior like mind state and thought process comes directly from playing with a “Japanese skill toy.” At the least, the kendama is a fun way to meditate and slow down time. One of the trippiest things I’ve encountered while playing is noticing how time itself seems to slow down when I play with it for long enough. The speed in which the tama (ball) pops up and lands on the ken (handle) starts to move slower and slower and slower. It’s almost like I’m able to control time with my brain. All it takes is some kendama conditioning and voila, 1 second lasts 2 seconds within the walls of my brain.

I’ve used this preparation technique countless times before trying dangerous tricks on the BMX bike. I know if I play with a kendama for 20 minutes before sending it, I will be more mentally prepared than I was had I not jammed the dama. I'll be able to interpret the world around me at a higher speed and therefore will be able to react in a much more timely manner. This results in less injuries and a way more efficient filming session.

So why is this tool the world’s greatest boredom cure? Well, I haven’t found a single thing on earth that serves my adrenaline junkie tendencies and calms me down at the same time without at least a hint of danger. I do yoga, this is different. I’ve meditated, this is different. I’ve thrown pots on a wheel and tried heaps of other forms of artistic expression, this is different. Playing with this mind tool allows the user to focus on a task at hand, learn new things, and achieve goals. Achieving goals you set is fun, rewarding, and beneficial for one’s brain. It’s like progressive meditation. Meditation is the ultimate boredom cure. Kendama is meditation. Kendama is the ultimate boredom cure. 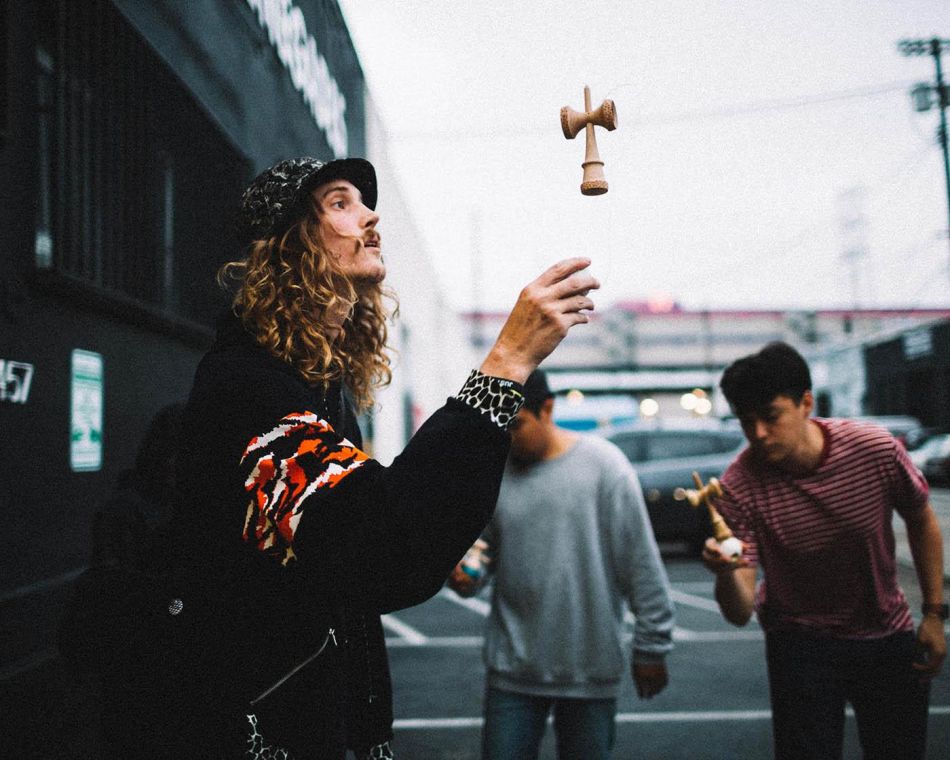 Prove me wrong, I dare you to try. – youscaredstiff (Reed Stark)